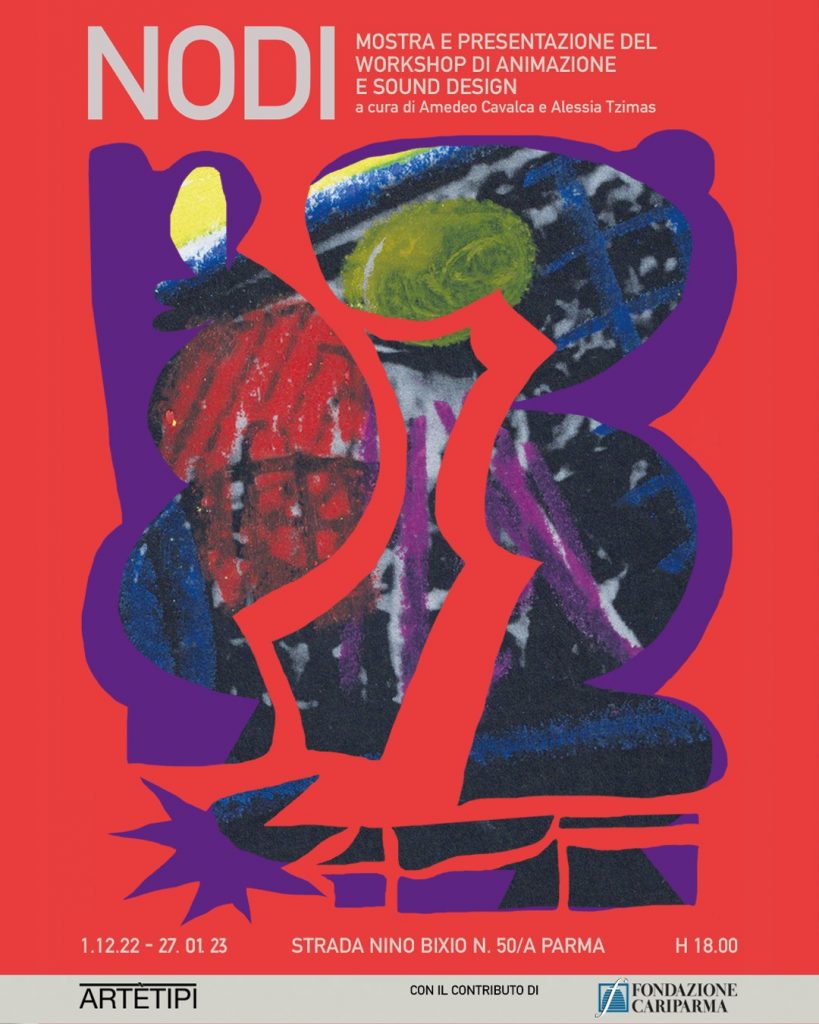 Nodi is a workshop born from the intersection of two artistic branches, traditional animation and sound design.
During the meetings, the participants came in touch with “frame by frame” animation and with the creation of sounds fit for adding sound to a short film. They used different artistic techniques to elaborate the frames used in the video production of the animation.

The traditional animation has the power to allow those who use this technique the total freedom of devising a message, transition and transformation of shapes and concepts using a track made of pre existing videos and shooting.
Sound is a fundamental paradigm in the production of audio-video contents.
The sound product very often is not part of the collective image as a creative and virtuous aspect. The goal of the Sound Design Workshop was to create the awareness about how much the sound is, in fact, an very important aspect both in the narrative and at an emotional and conceptual level. During the hours of the course, the kids tested themselves in this art, being carried away by the creative “freedom” that this discipline allows.

The goal was to record and later combine sounds and “noise” with voice/ VoiceOver, following the main theme of the lab: freedom. Freedom of thought, creation and expression.

The workshop and the exhibition are part of the project “SAFE# Nuovi traguardi di formazione inclusiva” funded by the tender Inclusione e conciliazione 2022 of the Fondazione Cariparma.